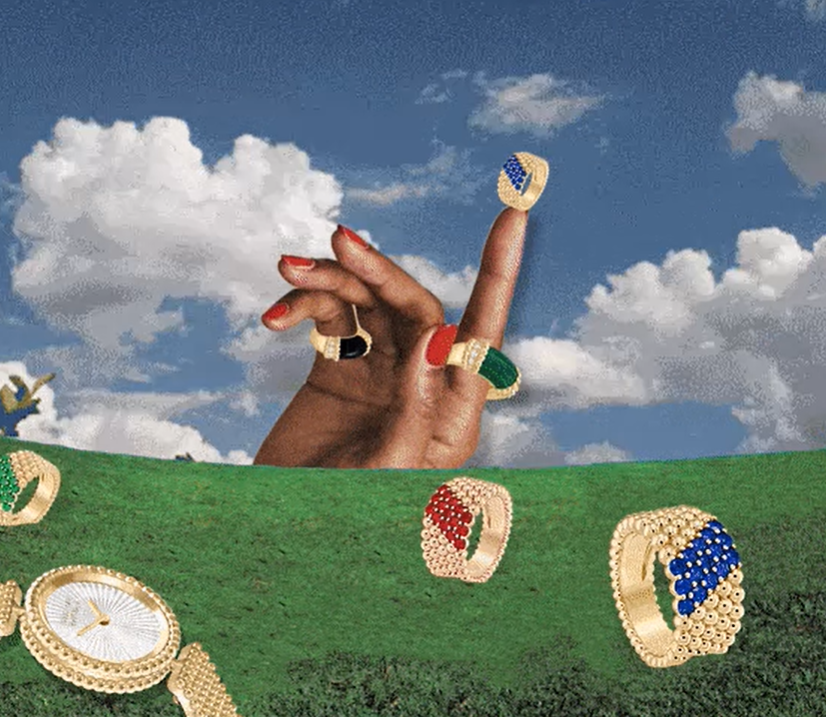 A piece of fine jewelry or classic investment timepiece is never just an accessory—there’s always a rich story behind it. In W’s new series Rock Stars, we delve into what makes past, present, and future heirlooms so unique.

In early June, shortly after the Cannes Film Festival ended, the seaside city continued to brim with energy. As red carpets were rolled up for next year and A-list actors decamped to their summer homes, jewelry experts and editors from across the globe descended upon the South of France to celebrate the unveiling of the new Perlée jewelry collection from Van Cleef & Arpels.

We only include products that have been independently selected by W’s editorial team. However, we may receive a portion of sales if you purchase a product through a link in this article.

Like its name, which translates to beaded in English, Perlée is distinguished by its spherical, golden beads. The motif has long been integral to Van Cleef, having existed on the house’s creations in various forms since the 1920s. First used to emphasize designs or outline the borders of a stone, the circular shapes were then featured in a number of significant Van Cleef collections. From Couscous and Bagatelle in 1948, which consisted of beads in various sizes, to Twist in the 1960s, a playful braided collection that combined gold with coral, turquoise, and cultured pearls. In 1968, the delicate golden spheres became an essential part of the still-iconic Alhambra collection.

But it wasn’t until 2008 that the Maison launched Perlée. Its orderly lines of beads are produced from precious metals—rose, white, and yellow gold—using a lost wax-casting technique. They are then reworked individually by hand and mixed with precious stones, mother of pearl, and coral. The collection, having received several updates and new iterations over the years, has become a playful favorite of the house.

Its most recent unveiling was held at the Palais Bulles—the world famous bubble-like residence of the late designer Pierre Cardin. With its curving, circular modules, rounded pools, and bespoke, contemporary furniture, it was a fitting location that echoed the spherical collection.

The jewelry that was on view, and is now available for purchase, is joyful and lively in spirit. Five new rings, inspired by an archival design from 1968, are adorned with golden beads and feature vibrant, ornamental stones. A duet of open cuff bracelets in yellow gold and diamonds, with coral or lapis lazuli cabochons, achieve a balance of lighthearted elegance. And for the first time since its creation in 2008, the collection also features colored precious stones on a set of 3 sparkling rings. 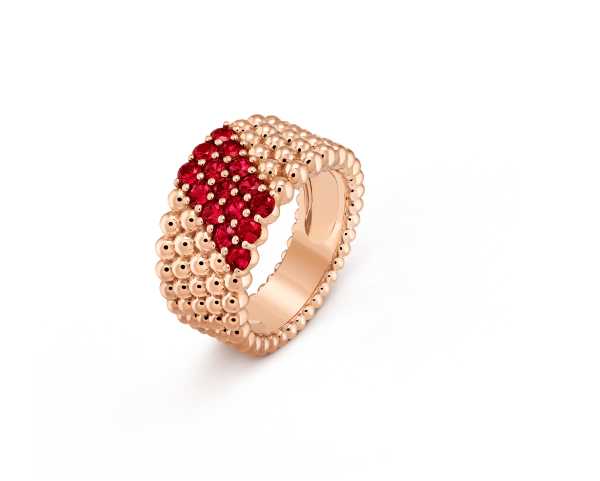 Another first for Perlée is the addition of watches featuring delicate round faces, surrounded by rows of golden beads that sit daintily on a charming grosgrain strap.