Last week, the famed French jeweler Van Cleef & Arpels unveiled its new high jewelry collection, Sous Les Étoiles, during Paris Haute Couture Fashion Week. It’s a magnificent exploration of the wonders of the stars, sky, and galaxies near and far with 150 breathtaking works across styles, from dramatic necklaces to timepieces.

Celestial phenomena have always fascinated Van Cleef & Arpels designers, going all the way back to the beginning. In 1907, the sale of a star-shape brooch in pearls and diamonds was mentioned in one of the maison’s first accounting ledgers.

It’s been a decade or so since VCA last turned to celestial inspiration points, with 2010’s Les Voyages Extraordinaires, which drew on themes from four of Jules Verne’s novels including De la Terre à la Lune (From the Earth to the Moon). Sous Les Étoiles is intended to be a continuation of the maison’s odyssey through space and time, as it reaches for ever more challenging—and infinitely intriguing—source material to inform its designs.

“The maison has always been interested in the instant where observing nature encounters poetry and the imagination,” explains Nicolas Bos, president and CEO of Van Cleef & Arpels. “For this new collection, we wanted to prolong the adventure that began with Jules Verne, by exploring the literary and scientific tradition of which his work forms a part. It led us to the classical author Lucian of Samosata imagining a voyage in space, to Johannes Kepler and his inspirational text The Dream, or Lunar Astronomy—written in the early 17th century—and to Camille Flammarion, who published his wonderfully illustrated Astronomie populaire in 1880.”

A variety of astronomical entities and phenomena—and key pieces from the maison’s archives—lend their unique forms to the jewels. The necklace below is an homage to Halley’s Comet, visible from Earth every 75 years. Representing the head of the comet, typically formed by ice, gas, and dust, is an antique fancy vivid yellow diamond trailing rays of white and yellow diamonds in a glorious blaze. In keeping with the maison’s tradition of transformable pieces, the central yellow diamond can be removed and secured in a ring with a similar design. 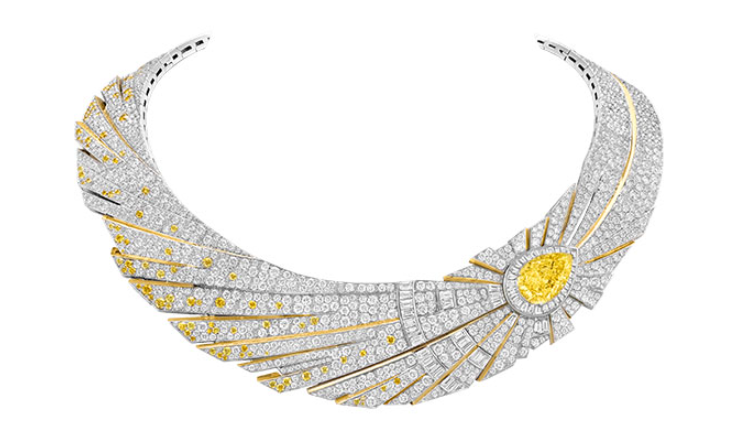 A buttercup yellow, oval-cut sapphire from Sri Lanka weighing more than 50 cts. stands in for the sun in the Helios necklace below. 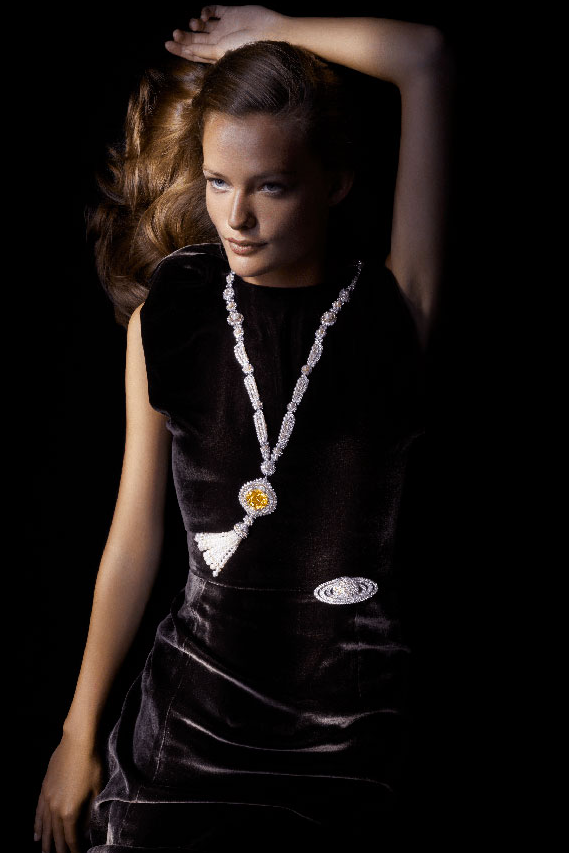 The spiral-shape Antennae galaxies that collide with each other and comingle their stars and nebulae a mere 45 million light years away from Earth are captured in remarkable reversible necklace.

Inspired by pieces created by Van Cleef & Arpels between the 1930s and 1950s, one side conceals a loop of diamonds and blue sapphires beneath a glittering knot clasp at front. 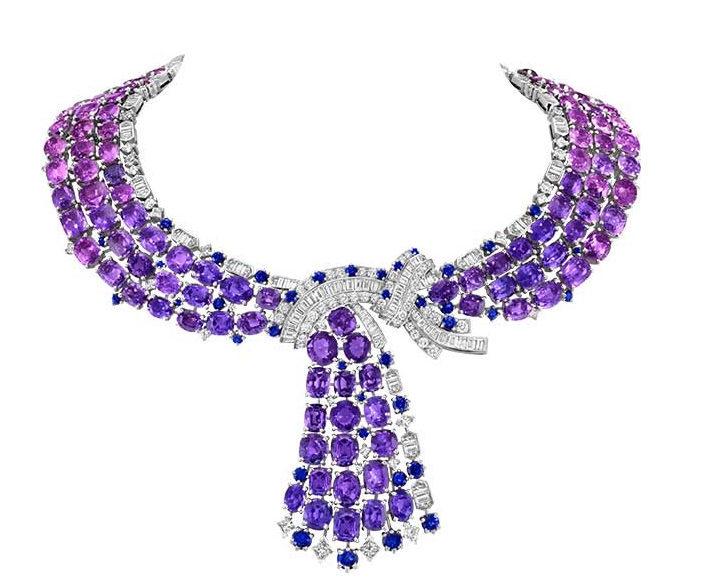 When the flip side of. the necklace is worn, the knot is fastened in the back. It took Van Cleef & Arpels’ gemologists over two years to assemble the remarkable sapphires featured in the design, which range from pale pink to intense violet.

Here are just a few more highlights from this spectacular rhapsody on the cosmos, including an homage to the Milky Way and a timepiece featuring a Christiaan van der Klaauw planetarium module (a planetarium is a complication that shows the relative position of the solar system around the sun, taking into account the different speeds at which its planets orbit). 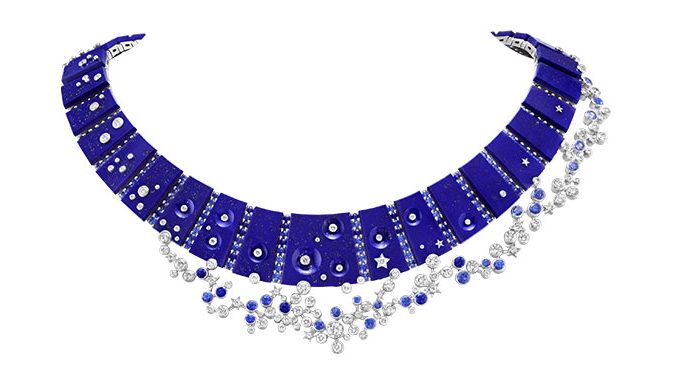 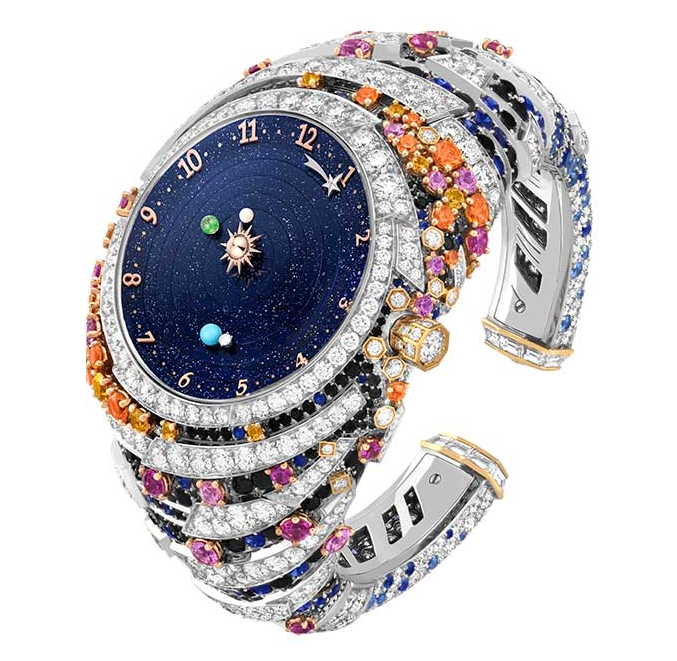