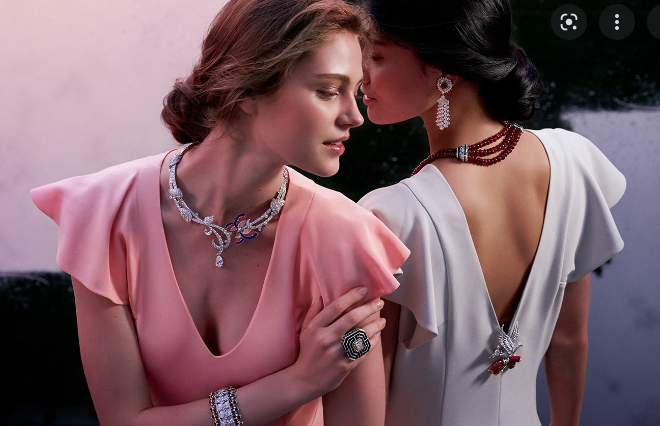 The history of the famous Parisian jewellery house began in 1896 with the marriage of Estelle Arpels to Alfred Van Cleef. The company was founded in 1906 by Alfred and his brother-in law, Charles Arpels at 22, Place Vendôme. Julien Arpels joined the family business in 1908, and Louis Arpels in 1913. The oldest son of Julien Arpels, Claude, joined in 1932, followed by his brothers Jacques and Pierre in 1936 and 1944. An American boutique was opened by Claude in Rockefeller Center in New York in 1939, soon relocating to its definitive address at 744 Fifth Avenue. The 1930s saw some of the company’s most iconic designs: the house’s arguable trademark, the Mystery Setting – where the mounting of the gemstones is cleverly hidden behind the continuous calibré-cut ruby and sapphire surface of the jewel – was invented in 1933; and the concept of the Minaudière, made in honour of Florence Jay Gould, was invented in 1930 by Charles Arpels. In the following decades, the firm upheld its reputation for innovation with the zip necklace of the 1950s and the Alhambra theme of the 1970s. Today, Van Cleef & Arpels is part of the Richemont Group with more than 45 boutiques around the world.

There is of course Queen ­Nazli’s necklace. The 220-carat all-white-diamond bib was commissioned by the queen from Van Cleef & Arpels to celebrate the wedding of her daughter Princess Fawzia of Egypt to the shah of Iran. There is also the Medicis necklace, exhibited in 1937, a ribbon of mystery-set white diamonds overlaying rows of baguette-cut white diamonds dotted with round white diamonds. There are those geometric bandeau white diamond bracelets women loved to wear stacked on their newly bare arms in the 1920s. There is that white diamond piece Eva Perón is wearing in the picture of her with the Argentinean ambassador to France in 1947. There are those white diamond Haricot clips that Jackie Kennedy liked to wear with her pearls. 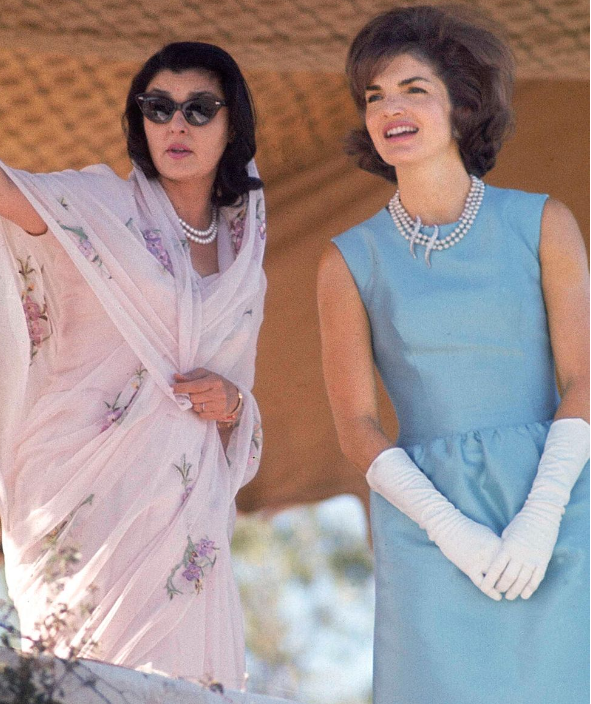 Diamonds and Van Cleef, they go way back. “White diamonds have adorned Van Cleef & Arpels creations ever since the company’s founding, following the love story of Estelle Arpels and Alfred Van Cleef,” says president and CEO Nicolas Bos. But if you have followed the house’s more recent history (or if you read this magazine), you will note that the new Legend of Diamonds high jewelry collection seems like a bit of a departure. There is not the intricate narrative we have come to expect from Van Cleef High Jewelry—no French fairytale inspiration such as the 2014 Peau d’Ane collection had, or the eclectic references of last year’s Sous les Etoiles pieces, which included classical author Lucian of Samosata imagining a voyage in space and Camille Flammarion’s illustrated Astronomie Populaire from 1880, plus Cyrano de Bergerac’s tales of failed trips to the moon, 1970s comic books, and Barbarella. Nor is there the rare colored stone saturation or specificity of 2019’s Treasure of Rubies or 2016’s ode to emeralds. Don’t look for a turquoise skirt on the ballerina brooches. 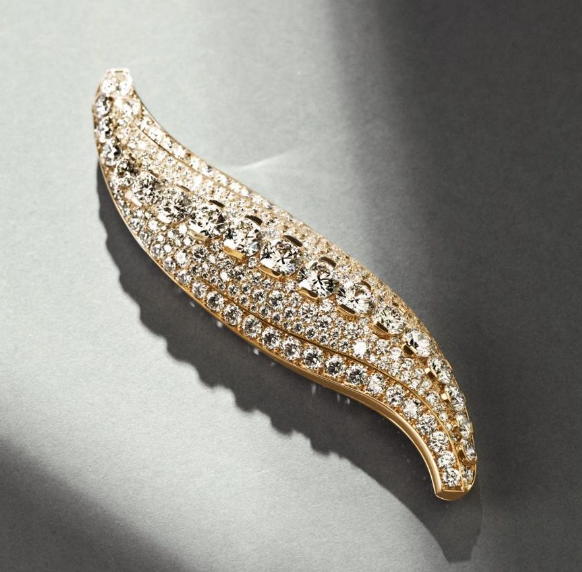 Inspired by another legendary Van Cleef piece, the brooch they call the New Haricot (string bean) was née the Flame clip in 1934. Look closely and you notice the intricate work here: the gradation of two golds, the three stones at the center set with two-tone bezels, the last stone in the closed setting. Or you can ignore all this and just marvel at the beauty.

But also, don’t be fooled by the simplicity on display. “Even though it could seem a more minimalist design at first, this collection has challenged our teams in both creativity and know-how,” Bos says. “From the initial drawings through to stone-setting and the final polish, every detail has been designed to instill the creations with brilliance and life. Each diamond in the collection has been carefully selected by Van Cleef & Arpels’s expert gemologists with the strictest criteria, and they possess a diversity of cuts, from the classic ones to the most fancy,” he continues. “The combination of white and rose gold results from an extremely complicated technique achieved by our craftsmen in our Paris workshops. The pieces’ designs are inspired by different art periods, from the 1920s to the 1980s—architecture, painting, but also interlacing movement echoing couture symbols. One of our main challenges was to maintain the ability of some creations to transform, offering up to eight different possibilities for how to wear them.” 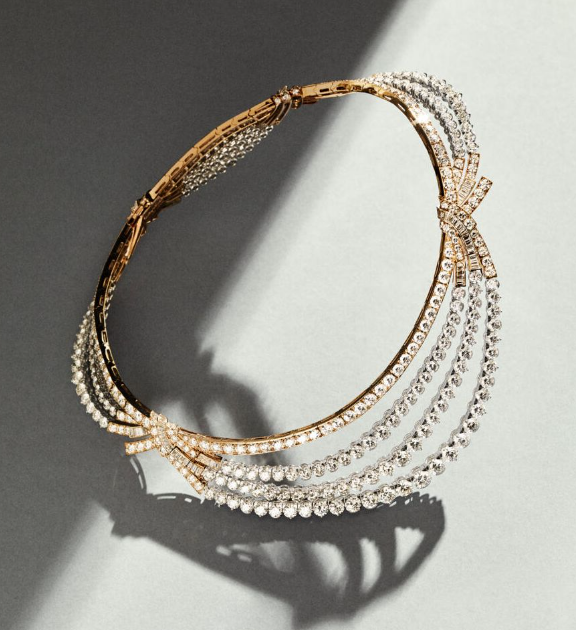 This one is named the Eva, and yes, Evita had one just like it. The upper band of diamonds here is what gives the necklace structure. The lower bands are more supple, both for comfort and perfect positioning.